You took the bronc right out of me now I’m now I’m changing can’t you see you’ve got me in a curtain hanging mood.  What could be a better way of saying you are truly in love.
I went to school with George.  I remember he played guard for the Stigler Panthers football team that went to state.  They lost the championship game but second is great.
Even then for some reason I had George doing a Bob Dylan song.  Can’t remember the situation but I’m sure George’s friend Barbara was involved .  So you could say that was when I started following George” music.
Well years passed and Georgee to Nashville where he and my money quickly learned a music business lesson.  Things were’nt happening in Nashville so George moved to LA.

The music that was born in Bakersfield.

Left Oklahoma back in 1935 to get out of the dust bowl and find a way to earn money.
There was nothing left to do besides beg, borrow, and steel.
So they packed their bags and headed for Bakersfield.
They traveled across the desert and that was tough enough but I can’t imagine how they felt when they hit the sands of the San Joaquin.

The music that was born in Bakersfield. Left Oklahoma back in 1935 to get out of the dust bowl and find a way to earn money.
There was nothing left to do besides beg, borrow, and steel.
So they packed their bags and headed for Bakersfield.

They traveled across the desert and that was tough enough but I can’t imagine how they felt when they hit the sands of the San Joaquin, but the last chance of hope was Bakersfield.

When they got to Bakersfield they went to work in the lush Bakersfield Valley.  It was hard work but they still had time for their music.
There was a hard edge to the lead guitar and a hard edge to the steel and there’s hard times and blood lines in the music born in Bakersfield.  Buck Owens and Merle Haggard were instrumental to the Bakersfield sound.  They sang about honkytonks, prisons, and trains.”
If you could get water or rain then the desert would explode into a wonderful world of desert blooms.

There plenty of jobs and Bakersfield became the “Okies” land of milk and honey and the hard edge of people like Don Rick of the Buckaroos on guitar and Tom Brumley on steel guitar brought it all together.

The Bakersfield sound was expanding with players like Roy Nichols
and Norm Hamlin (steel guitarist for Merle Haggard).
Somehow the steel guitar always brought the music together.
There’s hard times and blood lines in the music born in Bakersfield.

George’s story of the “Okie” migration to California with, “The Music born in Bakersfield” is a Woody Guthrie heart felt great song.  It’s worth the time.

Roy Nichols (October 21, 1932 – July 3, 2001) was an American country music guitarist best known as the lead guitarist for country music legend Merle Haggard‘s band The Strangers for more than two decades. He was known for his guitar technique, a mix of fingerpicking and pedal steel-like bends, usually played on a Fender Telecaster electric guitar. Nichols is considered one of the founders of the country music subgenre the “Bakersfield Sound”, which includes such notable country artists as Haggard, Buck Owens, and Don Rich. [1]

For most country music fans, the term “The Bakersfield Sound” conjures memories of two California-born acts: Merle Haggard and Buck Owens and The Buckaroos. The latter would’ve sounded way different to the masses were it not for the musical contributions of longtime Buckaroos guitarist and fiddler Don Rich.

Born Donald Eugene Ulrich on Aug. 15, 1941, the Olympia, Wash. native proved to be a child prodigy. By age 16, he opened for Elvis Presley at the Tacoma Lincoln Bowl. Owens happened to work at a Tacoma radio station at the time, placing him in the perfect position to land a top-notch fiddle player for his backing band.

By 1960, Rich and his young family relocated to Bakersfield so he could become a full-time Buckaroo. Soon, Owens’ not-so-secret weapon worked with a changing cast of influential country musicians, including bassist Doyle Holly, pedal steel guitar player Tom Brumley, drummer Willie Cantu and others. 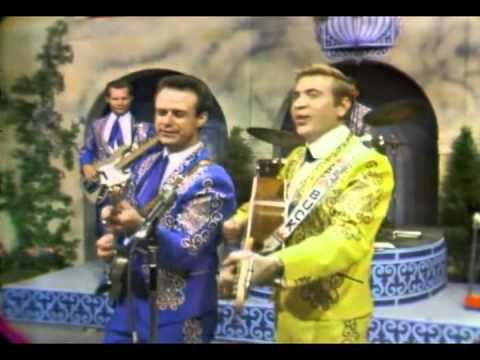 Life with Owens and his Buckaroos allowed Rich to see the world, from New York’s Carnegie Hall to Kosei Nenkin Hall in Tokyo, Japan. More importantly, he played his Fender telecaster on Owens’ best treble-heavy sides for Capitol Records, including “Together Again,” “Love’s Gonna Live Here” and “Act Naturally.” He also regularly appeared with Owens on TV shows, most notably the Buck Owens Ranch Show and, more famously, Hee Haw. On the latter, Rich stood out in the more serious segments, for both his striking appearance in Western wear and his clear status as one of the greatest American side musicians at a time when the Wrecking Crew made Los Angeles a recording hotbed.